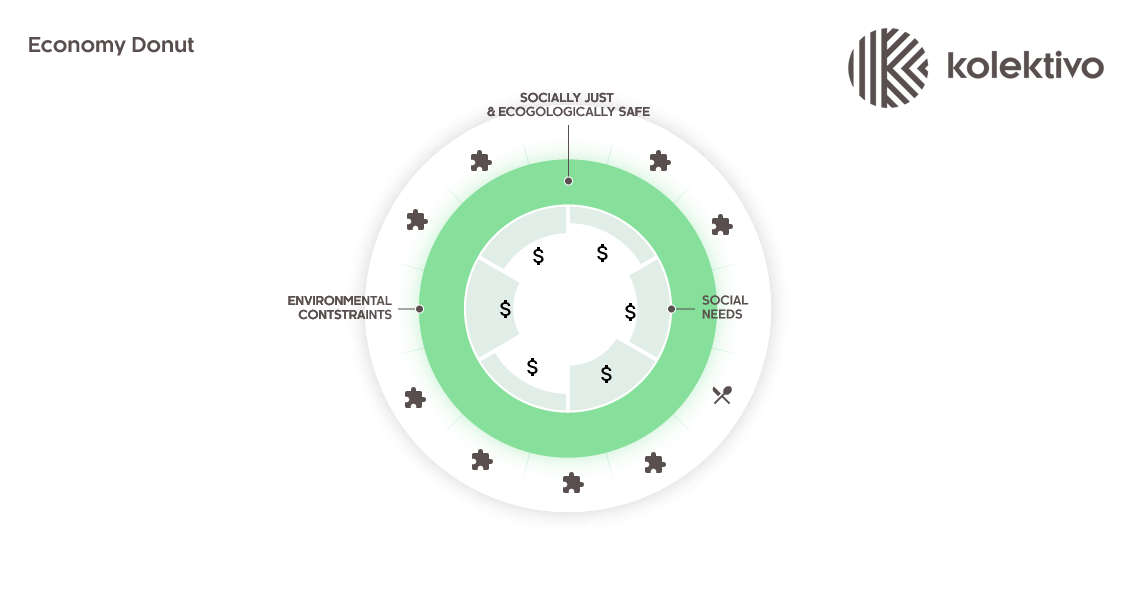 “For over 70 years economics has been fixated on GDP […] as its primary measure of progress. That fixation has been used to justify extreme inequalities of income and wealth coupled with unprecedented destruction of the living world. For the twenty-first century a far bigger goal is needed: meeting the human rights of every person within the means of our life-giving planet.”

For nearly 100 years, economists have developed and maintained tools to approximate the wealth we collectively produce. The most common tool, Gross Domestic Product (GDP), represents all the wealth produced in a country for one year. When politicians obsessively rattle about economic growth, they are using GDP, which is today’s global standard for measuring value.

The key problem is that GDP and related tools are of limited use to today’s society and the natural world, as they do not consider “wealth” beyond what can be bought and sold. When you think about it, there are so many things around you (living or not) that are worth more than what a market determines. Once we collectively become aware of the ecological and social crisis that the world is experiencing, we can begin to admit that economic priorities need to shift: they must distribute opportunity more equitably, be mindful and just towards the planet, and ultimately measure and cultivate local values that may diverge from GDP’s narrow definition.

Blockchains, without being an answer on their own, allow for the development of a multitude of innovative options for forming collectives that can more effectively define and create value for themselves. For this series of blog posts, we introduce and summarize the Kolektivo framework from its whitepaper — a blockchain framework for creating collectives that re-localize value creation. We’ll begin in this first post by introducing you to the different proposals, opportunities and weaknesses for economic alternatives outside and in the cryptosphere (understand the suffix “crypto” as “on a blockchain”). It is at the crossroads of varying solutions that Kolektivo’s principles and definition as a Decentralized Exchange Trading System emerges.

What Alternatives Exist in the Real World?


Kolektivo is part of a growing counterculture that aims to uproot traditional economics and GDP to more closely align society with the natural world and its inherent limits.

In the context of the 2030 Agenda for Sustainable Development, the Solidarity Economy — all economic activities favoring development for reasons other than earning and creating profit — is growing in size and importance. Self-identified participants, motivated by local values like their community and environment, are forming highly democratized and horizontal cooperatives, associations, and collectives.

One of the most practical tools of the Solidarity Economy are the new forms of money and exchange emerging from it. These new currencies aim to stimulate local business, re-socialize and emancipate communities, and increase the financial stability of their users. Their secondary objectives include the reduction of carbon emissions and more effective environmental management, as well as the recognition of the informal economy. A variety of these currencies exist today:

And What About the “Virtual” World?

Blockchain’s arrival marks a new beginning for designing institutions. Beyond Bitcoin, blockchains are powerful tools that allow us to collectively design economic systems that are governed by blockchain-native institutions which can set  transparent, immutable, and automated measures and rules. They are called cryptonetworks or Decentralized Autonomous Organizations (DAOs). Just like the Solidarity Economy, DAOs have grown in importance and size in recent years.

Despite the innovation of these structures since their birth in 2016, they have not become widespread. There are several reasons for this:

This last point is of particular concern to Kolektivo, which aims to be useful to people attached to local territories and values. They too deserve to benefit from blockchain’s robust institutional tools.

Wireframe from the Kolektivo application. Impact is geospatial: it involves changing properties of the physical world in some well-defined area.

From this quick overview of the ecosystem of existing economic alternatives, we can borrow lessons learned to imagine and build more socially, economically, and environmentally just local institutions. We propose a new type of local institution:  Decentralized Exchange Trading Systems (DETS), which we’ll also refer to as “the Kolektivo framework”. We see DETS’ as a type of geographically-biased DAO that manages complementary currency like a Local Exchange Trading System.

(1) DETS should be self-sovereign, and be able to govern themselves and put in place policies aligned with local values without intervention from outside their community of users.

(2) The DETS and its currency must exist concretely in the daily life of its members. Necessary local goods and services must be purchasable without any issues. Coincidentally, this means the DETS must be accessible enough that a wide swathe of members can access and benefit from it. Whether the community is large or small, tech-enabled or not, it should be straightforward to use and cost little or nothing to participate.

(3) The DETS must control the flow of its complementary currency so that the currency remains within the community and primarily benefits the community. It should not measure its success by GDP, but by the collective impact created by and for its members using currency distinct and protected from the global economy.

The economic models and measurements of value we have used for over a century are now showing their weaknesses. In a context of social and climatic crisis, we need new tools that borrow from alternative systems like the Solidarity Economy and DAOs. Kolektivo aims to be a type of institutional framework that fills existing weaknesses for both to advance collective, local social and environmental prosperity. Future posts will dive deeper into its system components and overall design. Stay tuned! 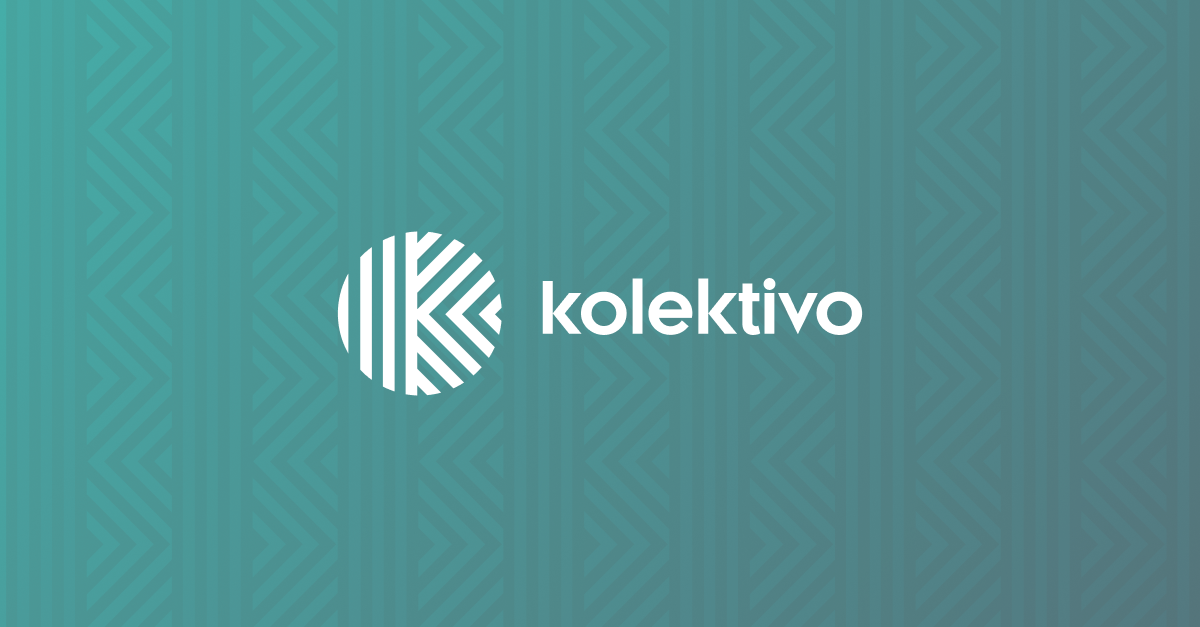 Taking ownership of our future, Kolektivo

Kolektivo is an attempt at redesigning the very foundation on which our local economy and community are built by creating a complementary economic system that is purely driven by social impact. 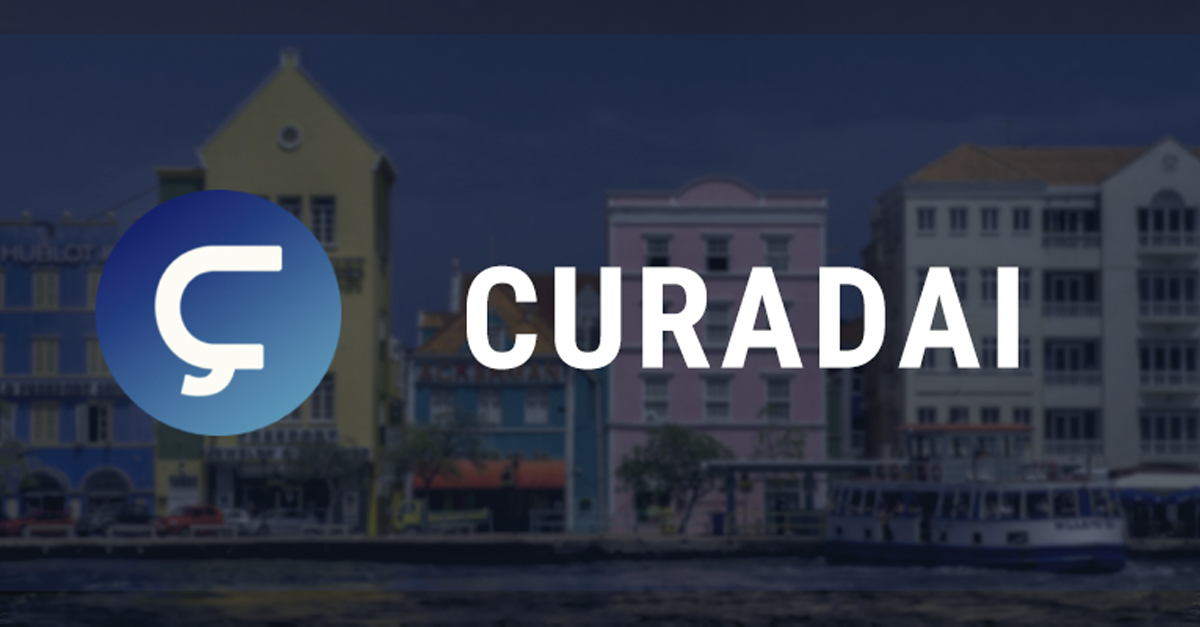 CuraDAI - Stablecoin for the island of Curaçao

CuraDai (CURA) is a digital community currency developed for seamless payments and ease of use for the Curaçao market. CuraDAI is 100% backed by Dai, a digital currency soft-pegged to the US Dollar and is used to fund sustainable development on the island.

Staying up to date with Kolektivo.

Thank you! Your submission has been received!
Oops! Something went wrong while submitting the form.

By registering for our newsletter, you agree  to receive emails about news & updates from Kolektivo.